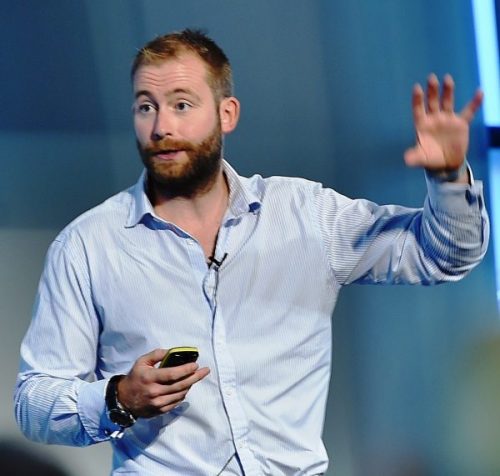 We are delighted that our first online motivational speech with the Ultimate Triathlete, James Ketchell, was a huge success this week.  James was asked to address a number of themes including mental resilience, dealing with isolation, perseverance, teamwork and moving out of comfort zones. The feedback has been phenomenal and a springboard to our working with James on more virtual conferences during the current lockdown.

“A big thank you from us all for the positive and inspiring talk this afternoon. You left quite the impression and a great buzz in the chat following your talk … you have helped and hopefully inspired some of us, during this difficult time.” Claire Robbins, Office Manager Barbour ABI

James Ketchell’s international adventures include summiting Mount Everest, rowing single handed across the Atlantic Ocean, cycling 18,000 miles around the world, still the only person to have achieved this feat, dubbed “The Ultimate Triathlon” by the media. His latest challenge, completed last year, set an FAI aviation world record by becoming the first person to officially circumnavigate the globe in a gyroplane.  His debut book, The Ultimate Triathlon was hugely successful and the next one, Chasing Extremes, is due out later this year.

The key messages that James brings are that we can set ourselves and achieve difficult goals and that the capability to succeed is within everyone.  His practical and pragmatic lessons include the importance of interim goals, breaking the task down into small, achievable steps each one of which increases the commitment to the overall goal, the need for self-belief, the willingness of others to help if only you dare to ask and of the value of persistence.

“James is an engaging and exciting speaker. His story is a unique one combining personal challenge, adventure, adversity and achievement. I can thoroughly recommend James as his story is authentic and relevant to a business audience whether large or small. He leaves you to draw your own conclusions in a witty and often understated way, which makes it all the more appealing and different. James is not your typical motivational speaker, but rather a very motivated speaker!” Anthony Ainsworth, Commercial Director, Avis UK

“James Ketchell’s story is truly amazing – he captivated the audience of 300 IT professionals with his tales of dealing with the challenges of nature, self-determination and of course a little bit of danger thrown in – much of what he talks about can be applied to the corporate world – 90 minutes have never gone so quickly.” Ravi Prakash, General Manager Wipro