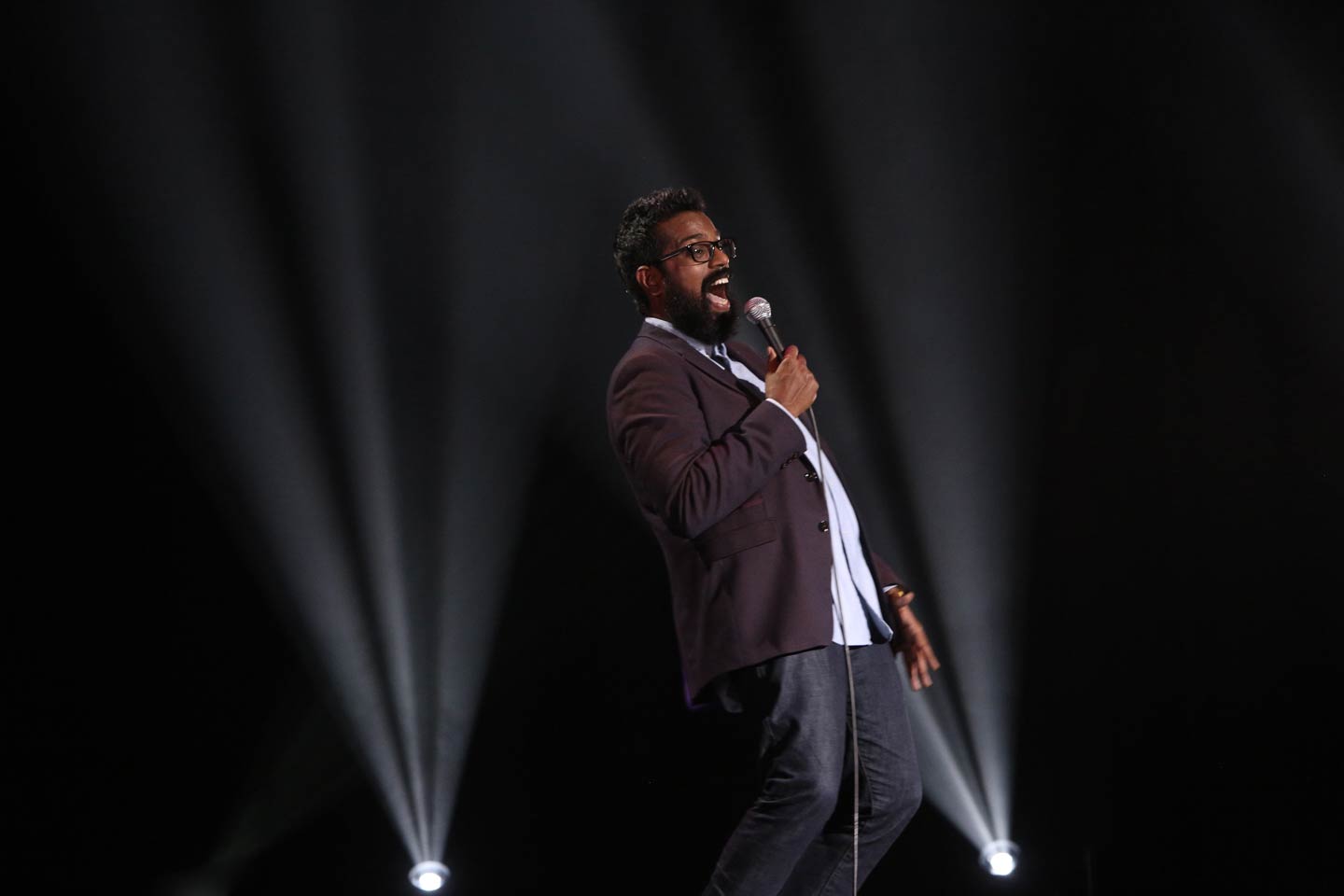 The hugely popular comedian, Romesh Ranganathan, has been shortlisted for his podcast, Hip Hop Saved My Life, at the 2019 Broadcasting Press Guild Awards. The winners will be announced in London on 15th March.

Romesh’s recent TV includes Sky One’s The Reluctant Landlord.  This is the semi-autobiographical series he wrote and starred in about taking over his father’s pub.  He is also well known for his BBC2 travel series, The Misadventures of Romesh Ranganathan.  Plus A League of their Own (where he replaced Jack Whitehall last year as a regular panellist).

Romesh also starred in his own 10 episode docu-comedy, Just another Immigrant, last year and continues to present, Judge Romesh, on Dave comedy channel.

Romesh is incredibly busy and is a perfect choice for cabaret or comedy hosting at corporate award ceremonies.