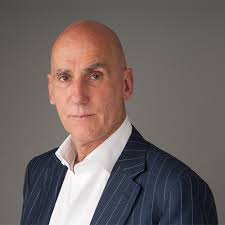 Motivational speaker and former MD of Robert Half International,  Jeff Grout, has written a piece for the Institute of Leadership and Management we would like to share.  Jeff is also the former business manager of Sir Clive Woodward.  He currently runs a consultancy focusing on people management, team building, peak performance, recruitment and retention.  Following the latest Government announcement, Jeff maintains that clear and frequent communication is the key for leaders managing a remote team.  He encourages us to focus on the areas we can control, remain flexible and deal positively with change.

“For many, many years, the accepted underlying assumption was that a leader’s power was based on their authority, in terms of their ability to make people do what they wanted them to do. But this was rarely because their followers wanted to do it. In fact, the preferences of followers rarely came into it. This is the command-and-control approach to leadership – I tell you what to do, and you do it (usually because you’re scared of me) – which reached its peak around the time of the First World War, but which can still be seen in some organisations today (although not necessarily in the successful ones).

Modern leadership is far more complex. It is based on persuasion rather than on explicit direction, and requires, from the leader, a degree of emotional intelligence. The accepted view of modern leadership is that it is based on the recognition that different situations call for different a different leadership approach, and a good leader is one who is adept at recognising those situations and adapting their behaviour accordingly. And rather than ordering their people to act, the best leaders are those who inspire them to perform at their best, in every situation.

But what does this mean? What are leaders doing that makes people want to perform to the best of their ability? Often, it comes down to the most basic of human emotions. If you think of some of the most successful and high-profile modern business leaders – Steve Jobs, Jack Welch, Sir Richard Branson – a common feature is that their people like them, admire them, or want to impress them.

We can break this down and look at the reasons why people may feel a need to impress their leader. The basic explanation is that they see in their leader someone who is excellent at what they do and want to gain their respect by being as good as they are. This is why integrity, passion and competence are often identified as the essential characteristics of a good leader.

But that alone is not enough. People also need an inspirational target to aim for. This is why the most important thing that a leader will do – and some leaders argue that it is the only thing they do – is set the vision for their organisation, a goal that appeals to the emotions and sense of fulfilment of its people. And once it is set, everything they do is geared towards persuading their people to follow that vision.

In other words, people ‘do it because they want to’ because they want to do the best for their leader, for the common cause, or for both (ideally, the leader and the common cause should be so closely intertwined as to be inseparable). And because they believe that their leader has their best interests at heart. This is the Holy Grail of modern leadership – mutual respect between leader and follower. That’s not to say that leader don’t employ tricks along the way. There are well-established techniques that encourage a sense of common purpose, which good leaders are not averse to harnessing. We will discuss some of these in future columns.

But if that’s the foundation of leadership, it does not explain what leaders actually do on a day-to-day basis. Over the past few years we have interviewed a wide range of leaders in business, the military and sport. While the disciplines are different, the messages that appear are consistent. The very best leaders will tell you that, in fact, they don’t do much at all. What they mean is that they have got their organisation to the point where it runs very efficiently without much intervention from the top. Their people know what they need to do, and have everything they need to do it. The leader acts as the conductor of an orchestra, setting the tempo and offering visible and constant support and encouragement. The really hard work has already been done, in getting the organisation and its people to that point.

Being placed in a position of power does not automatically make you a leader. It is sometimes said that the essence of leadership is that a boss will say ‘Go’, while a leader will say ‘Let’s go’. And hopefully, people will follow, because they want to.” Jeff Grout.