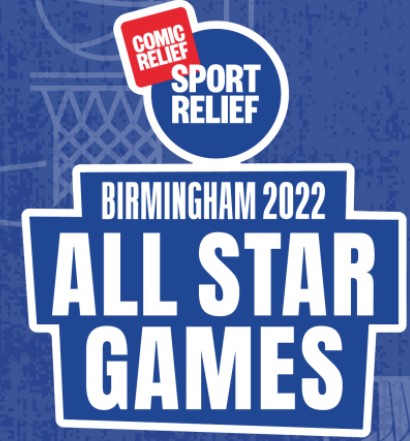 Posted at 22:57h in News by Search Ladder 0 Comments
0 Likes

Two of our sports after dinner speakers, Dame Kelly Holmes and Ellie Simmonds OBE, are going head-to-head in this year’s Comic Relief Birmingham All Star Games to raise life-changing money for Sport Relief.

In August, Sport Relief, Birmingham 2022 and the BBC have arranged a one off, All-Star version of the Commonwealth Games. Dame Kelly Holmes and Ellie Simmonds OBE will captain 2 teams of sporting legends and celebrities in this thrilling new format.

Double Olympic Champion Dame Kelly Holmes is one of the UK’s most popular athletes, respected throughout the world as a role model and an inspiration. She approaches her talks in a style that is eloquent and humorous, as well as being an effortless speaker who explains how techniques she has learnt on the track can be applied to all areas of life.

Kelly set British records in numerous events and still holds the records over the 600 and 1000 metre distances. She also held the British 800 metre record until 2021. She is an Olympic, Commonwealth and European champion who has achieved seven Gold, eight Silver and four Bronze medals throughout her career. This includes her double Gold win in the 800m and 1500m at the 2004 Olympic Games in Athens, becoming the first Briton in over 80 years to do so. After her Olympic success, she won BBC Sports Personality of the Year, European Athlete of the Year and was honoured with a Damehood from the Queen.

The youngest recipient of an MBE, Ellie Simmonds OBE is an inspirational five-time Paralympic swimming champion.

Eleanor ‘Ellie’ Simmonds OBE is a five-time Paralympic Champion and fourteen-time World Champion. Ellie shot to fame when she won her first Paralympic medals at just 13 years old at the Beijing Paralympic Games, a year after becoming the youngest person ever to represent a senior GB swimming team at a World Championships as a 12-year-old.

Ellie’s disability is classified as Achondroplasia dwarfism. She started swimming at the age of 5 and started competing against able bodied children at the age of 8. At 10 years old Ellie’s talent was spotted at a disability event and she was entered onto the British Swimming talent program and worked her way through to be selected as the youngest member of a senior British swimming squad for the 2006 IPC World Championships at 12 years and 3 weeks.

Ellie went on to become the youngest winner of the BBC Young Sports Personality of the Year in 2008 and then the youngest recipient of an MBE at the age of 14, with an OBE to follow in 2013.

Both international motivational speakers have incredibly engaging stories to tell and they are both very popular choices as speakers for corporate and public events.

To book sporting, after dinner speakers or environmental speakers for your event, please get in touch with The Right Address on 01895 827 800.